Depression and other mental health screening is easy with Hushmail questionnaires 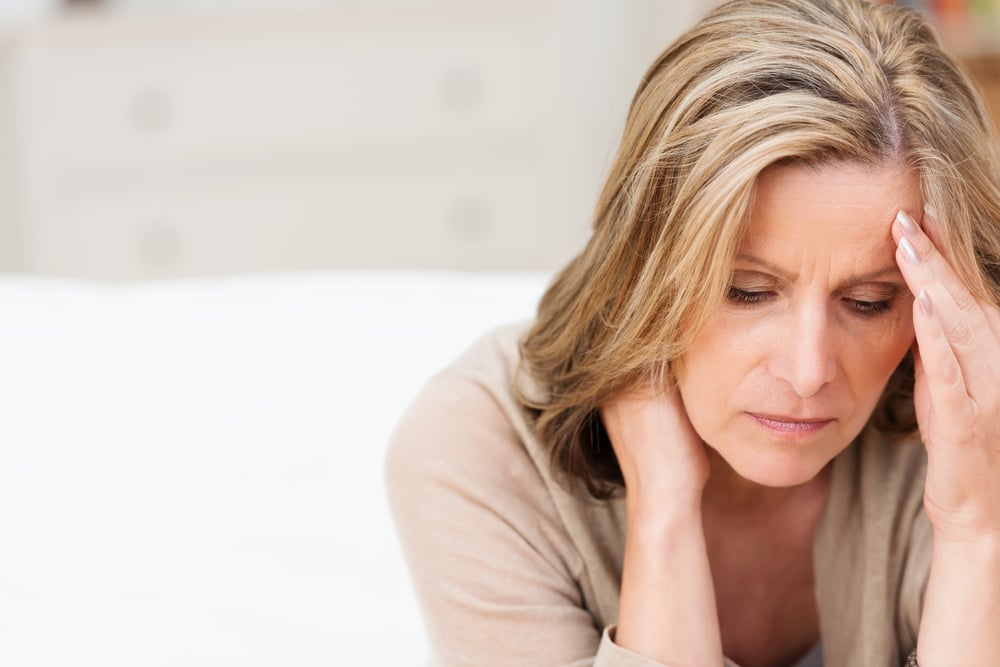 It’s also a time to thank mental health practitioners for all they do every day to help individuals who are struggling with mental health issues. In the almost two years since the COVID-19 pandemic began, we have seen in no uncertain terms just how important their role is.

At Hushmail, we have turned all of our attention to producing tools and services that make your life easier as you care for the most vulnerable in our communities. We recently released three new self-administered questionnaires to screen for anxiety disorders: SCARED (for children), SCARED (for parents), and SCAARED for adults. They join six other questionnaires covering everything from depression to PTSD to alcohol use disorders. All of these questionnaires are easy to send to your clients so they can fill them out in the comfort of their homes and deliver a calculated score to you, the practitioner, upon completion.

Today, in support of National Depression and Mental Health Screening Month, we’re taking a look at each of our questionnaires and answering the questions: Why are they needed? How do they work? And who should take them?

Screen for anxiety and stress

Anxiety is the most prevalent of the common mental health disorders - 19% of the US population is affected by anxiety disorders, as was stated in the widely cited National Comorbidity Study Replication (NCS-R), which occurred long before the onset of the COVID-19 pandemic. According to a more recent but still pre-pandemic study, 7% of children 3-17 years of age experience issues with anxiety in a given year.

These numbers in themselves are concerning, and they are numbers still being reported by organizations such as NAMI and NIMH, but plenty has happened since the NCS-R was conducted (2001-2003), namely a global pandemic with far-reaching mental health consequences we’ll be facing in the years ahead.

Kaiser Family Foundation came up with more recent statistics concerning anxiety and other mental health disorders that reflect the pandemic.

The changing responsibilities assigned to us, the overarching uncertainty and inability to plan, changes in school and work conditions – the list goes on and on of new aspects of our lives that have consistently dialed up the stress and anxiety.

It will be a while before the statistics accurately reflect the changes to mental health during this time, but it’s safe to say, the rate at which adults and children experience anxiety hasn’t gone down.

That’s why screening for anxiety disorders is more important than ever. It might be tempting to write off symptoms as a natural reaction to the times, something that should be toughed out. But anxiety, characterized by “persistent, excessive fear or worry in situations that are not threatening,” left untreated can make it difficult to participate in everyday activities and enjoy a fulfilling life.

To help healthcare practitioners screen clients and patients for anxiety, we’ve added the following screenings to the Hush™ Secure Forms template directory. All of these screenings deliver a calculated score to the practitioner upon completion

The GAD-7 is recommended for screening adults and adolescents for generalized anxiety disorder, which is characterized by chronic, exaggerated worrying about everyday life.

The screening is made up of seven stated problems, such as feeling anxious, nervous, or on edge. The client chooses one of four responses to each problem according to how often that condition is experienced - not at all, several days, more than half the days, nearly every day. A final question assesses the effect of these problems on the client’s quality of life.

DASS and DASS-21 are recommended for screening adults and adolescents (14 years old and up) for depression, anxiety, and stress.

Nearly half of people diagnosed with depression also have an anxiety disorder, and with similar symptoms, anxiety can often be difficult to distinguish from stress. The Depression, Anxiety, and Stress Scales is a 42-item questionnaire that can help practitioners determine which of these conditions is most responsible for a client’s symptoms.

The DASS-21 is a shorter version of the full screening consisting of 21 items. While the full DASS might give slightly more reliable results and be preferable for clinical work, the DASS-21 takes half the time and is considered preferable for research.

The SCARED is recommended for screening children (and parents of children) ages 8-18 years for anxiety disorders.

The individual being assessed is asked to qualify statements such as “My child is afraid to be alone in the house” and “When I get frightened, I feel dizzy” as not true or hardly ever true; somewhat true or sometimes true; or very true or often true.

The SCAARED is recommended for screening adults for anxiety disorders. The screening is adapted from the SCARED screening for children to assess adult anxiety.

The individual being assessed is asked to qualify statements such as “It is hard for me to stop worrying” and “People tell me that I look nervous” as not true or hardly ever true; somewhat true or sometimes true; or very true or often true.

Screen for depression and alcohol use disorders

Due to the COVID-19 pandemic, as many as 75,000 more people will die from drug or alcohol misuse and suicide, according to new research released by Well Being Trust (WBT) and the Robert Graham Center for Policy Studies in Family Medicine and Primary Care. Their report, Projected deaths of despair from COVID 19, paints a grim picture. If we recover quickly from the pandemic, there’s likely to be 27,644 deaths from substance abuse and/or suicide that wouldn’t otherwise occur. If we have a slow recovery, as many as 154,037 deaths could occur. The report speculates that a number somewhere in the middle is most likely – 75,000.

These are deaths that could be prevented but could occur due to mental illness prompted by the pandemic and left untreated.

This is one report of many that are coming out as we attempt to make sense of how we’re recovering from such a large, prolonged disruption of “normal” life. The numbers remain to be seen, and hopefully they will be much lower than projected, but it’s widely accepted that there will be lasting effects of some sort on our community’s health (mental and otherwise).

A likely place for these effects to manifest themselves is in the consumption of alcohol and drugs, as well as the attendant depression that could lead to suicidal ideation.

Screening for these conditions before they deteriorate too far is one way we can ensure that the actual numbers are on the lower end.

The PHQ-9 is recommended for screening adults for depression. It starts with the question Over the last two weeks, how often have you been bothered by any of the following problems? The screening then goes on to list nine scenarios with the option to respond according to the level each scenario affects the respondent's life.

The pandemic widened the net cast by post traumatic stress disorder (PTSD). According to Dr. JoAnn Difede, attending psychologist at NewYork-Presbyterian/Weill Cornell Medical Center, “We don’t know how to dial down the risk. Our brain continues to look for the enemy. Often, a person’s threat is clear to them, and they are faced with a choice of what to do, but since the threat of COVID-19 is invisible and society has been facing that threat for so many months, your body is constantly preparing to fight, flee, or freeze, perceiving danger literally everywhere.”

Dr. Difede has devoted much of her time to spearheading research and focusing on developing treatments for healthcare and other essential workers and COVID-19 survivors facing pandemic-related PTSD.

Before the pandemic, about 9 million individuals in the US were affected by PTSD, the disorder characterized by long-term symptoms associated with an individual's response to trauma.

Unfortunately, cases of PTSD have been increasing. According to an article in Psychiatric Times, “Different groups have met the qualifying criteria for posttraumatic stress disorder (PTSD) according to DSM-5 as a result of the pandemic.” These groups include the following:

The PTSD Checklist for DSM-5 (PCL-5) is recommended for screening adults for PTSD and can be used by qualified professionals to help diagnose, monitor, and measure the severity of PTSD. The screening can be administered in three parts, each part building on the one before. Using the template in the Hush™ Secure Forms template directory, you can adjust the settings so all the parts are viewable or only one or two.

The PCL-5 on its own consists of a list of 20 problems that people sometimes have in response to a very stressful experience. Clients are asked to read each problem carefully and then select one of the options to indicate how much they have been bothered by that problem in the past week or month (this weekly or monthly designation can be changed in the form’s settings). Using this version of the assessment is a good choice when you want to conduct a brief screening that collects information about problems the client might be experiencing but doesn’t ask for details about the stressful experience.

...and we’ll send 6 tips to make sure your emails are truly HIPAA compliant straight to your inbox.