In observance of Remembrance Day and Veterans Day: caring for our veterans 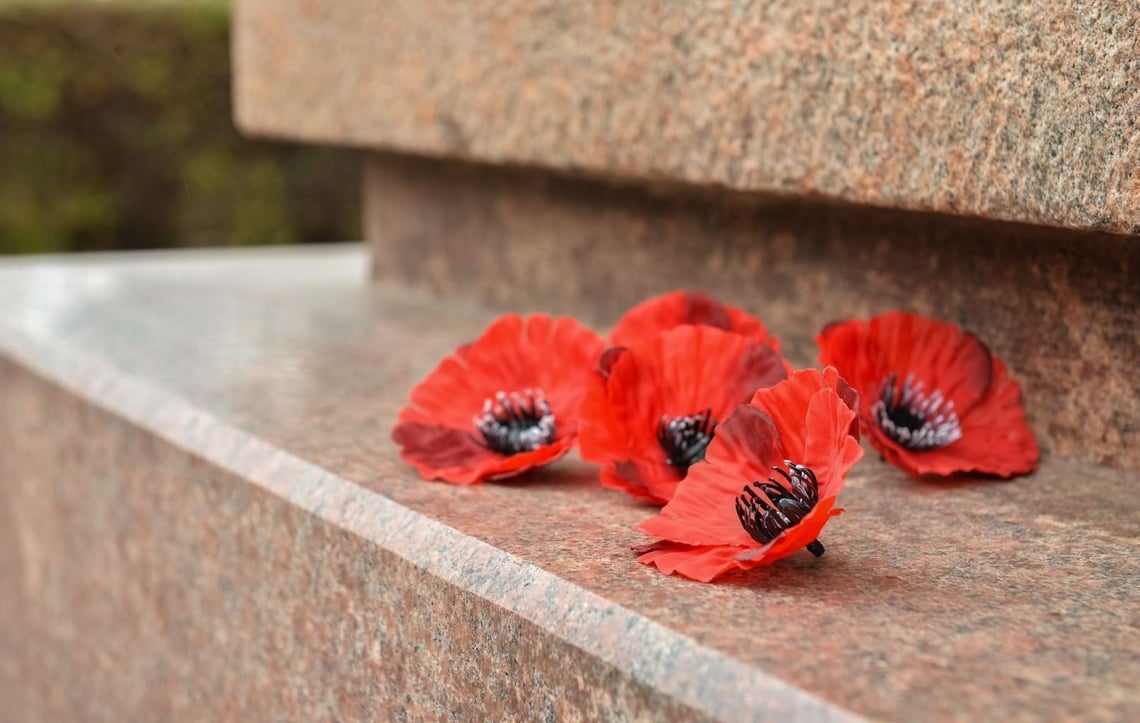 Today, Hushmail observes Remembrance Day as a Canadian company and Veterans Day as a company with many of its customers in the US. In both Canada and the US, the observance was originally called Armistice Day in recognition of the end of the First World World. In Canada, it was renamed Remembrance Day in 1930 in "remembrance for the men and women who have served, and continue to serve our country during times of war, conflict and peace." In the US it was changed at the end of the Korean War to Veterans Day to include all veterans.

As we observe both holidays, we’d like to extend our deep thanks to those who have served our countries and to those who have supported our veterans. We’d also like to thank the healthcare professionals who work so hard every day to provide care to veterans and their families.

Unfortunately, veterans who have returned from serving their countries can find it difficult to assimilate back into society due to the effects of experienced trauma. Post traumatic stress disorder (PTSD), a mental health disorder that some people develop after experiencing or witnessing a life-threatening event, affects 12.9% of US veterans, according to a 2017 study.

That’s nearly double the rate of PTSD (6.8%) in the general US population. In Canada, it’s estimated that 10% of war zone veterans and 9.2% of the general population will experience PTSD in their lifetime, the latter number the highest out of 24 countries, including the US.

Although PTSD isn’t an uncommon disorder, there still exists a stigma associated with seeking help, especially in the veteran community. This reluctance to talk about the trauma or acknowledge the lasting effects and get help can lock a veteran in a mental health struggle, affecting all aspects of their life.

Fortunately, ongoing education and other resources are lessening the stigma and giving veterans an easier path to seeking treatment. Today, we’re going to take a look at some of the many resources that can help veterans find the care they need.

Learn more about PTSD and options for treatment

There is plenty of information available about PTSD. Unfortunately, a lot of it is inaccurate or misleading. The prevalence of PTSD is one statistic that tends to be greatly inflated in general perception. Although the percentage of affected veterans isn’t small (around 13%), people tend to think it’s much higher than it is. An article from the American Homefront Project recounts the experience of Brogan Farren, an Army helicopter pilot and military planner. When Farren came home, she encountered many people who just assumed she was suffering from PTSD. “They all want to thank you for your service,” Farren says. “But then the next question is, ‘Are you okay?’ Can I talk to you without you, you know, getting mad?’”

A survey published by the Cohen Veterans Network revealed that 67% percent of the respondents believe that the majority of veterans have some form of PTSD. 26% of respondents believe that most people with PTSD are violent. Both beliefs are wildly out of alignment with the truth. Unfortunately, such beliefs can make it difficult for veterans to find employment and assimilate back into the community.

Overly dramatic portrayals in movies and other media has led to a skewed perception of the disorder and how it affects veterans.

The National Center for PTSD is a good place to start to get the accurate information you need to effectively support veterans. The US Department of Veterans Affairs has created the center to address concerns about PTSD and to serve as a reliable resource for those wanting to learn more about the disorder. Two valuable resources explain PTSD and treatment options to veterans and to family and friends:

Veterans Affairs Canada is also a great resource for information about PTSD and treatment.

Although popular media gives us the image of someone with severe PTSD suffering from flashbacks, nightmares, and hypervigilance, there are a range of symptoms that are more subtle such as intrusive memories, difficulty concentrating, and feeling detached or estranged from others. Sometimes it might not be immediately evident that PTSD is the underlying disorder.

If you’re a healthcare professional who works with veterans, there are numerous screening tools to determine whether or not a client could be suffering from PTSD. Here are some of the ones recommended by the National Center for PTSD:

Brief questionnaires that may identify people who are more likely to have PTSD:

Here are a few of these recommended therapies. These are also the therapies recommended by the National Center for PTSD in their PTSD treatment booklet.

Prolonged Exposure Therapy (strongly recommended by the APA) gently guides the individual through recalling the traumatic event so they might experience the uncomfortable emotions associated with the trauma in a controlled and safe setting. In repeated sessions, the intensity of the emotions is reduced and eventually reaches an acceptable level. Imaginal exposure takes place in a clinician’s office and is achieved by talking through and reliving the painful memories. It may take place in addition to in vivo exposure, which requires an individual to approach uncomfortable experiences outside of the clinician’s office with the clinician’s guidance.

Cognitive Processing Therapy (strongly recommended by the APA) is conducted in about a dozen sessions and examines an individual’s beliefs about a traumatic event, testing their legitimacy and eventually replacing them with more truthful and less harmful beliefs. By gradually reframing what happened, this therapy can give an individual a healthier perspective of the event.

Eye Movement Desensitization and Movement (EMDR) (conditionally recommended by the APA) was developed in 1987 specifically for the treatment of PTSD. It combines bilateral stimulation, such as eye movements, with memory recall. EMDR is unique in that it “focuses directly on the memory, and is intended to change the way that the memory is stored in the brain, thus reducing and eliminating the problematic symptoms.” The therapy is conducted in 6 to 12 sessions.

To learn more about these treatments, we recommend visiting the APA’s Resources for Clinicians page that includes treatment manuals and information about training, as well as additional case examples.

PTSD often overlaps with other mental health disorders, including depression and substance abuse. Hushmail provides multiple self-administered questionnaires, including the PHQ-9 screening for depression, the GAD-7 screening for general anxiety disorder, and the AUDIT screening for alcohol use disorders to identify issues that can accompany and complicate PTSD in veterans. Every Hushmail for Healthcare account includes access to digital versions of the original screening instruments.

Donate to a Poppy Fund

Hushmail has donated to the Royal Canadian Legion Poppy Fund, as well as the US Poppy Fund. Both funds help provide support to veterans and their families. If you would like to donate to a Poppy Fund, you may do so through the following links:

Donate to the US Poppy Fund

...and we’ll send 6 tips to make sure your emails are truly HIPAA compliant straight to your inbox.